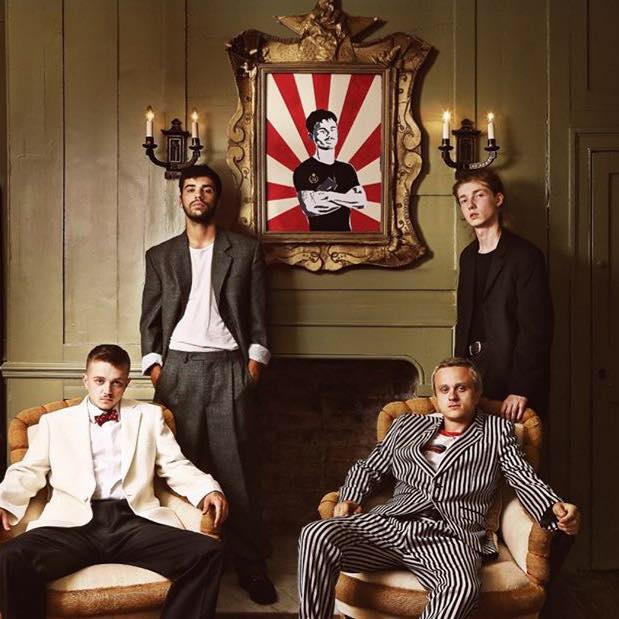 Since forming five years ago, The Jacques have established a devoted following throughout the UK and Europe, particularly in France where they have become firm Indie heroes. The four-piece made quite an impact, gaining the seal of approval from the likes of Huw Stephens, Chris Hawkins and NME. Since the release of “No Kamikaze” in 2017, the band took some time out to concentrate on writing and developing their already enthralling sound.

Fast forward to 2019, The Jacques, now with the backing of Modern Sky, are unleashing the fruits of their labours on the world, which will culminate in their debut EP towards to end of 2019.

Drenched in absorptive lo-fi tones, their first release of the year, "Kiss The Pharaoh" powers through brooding verses imbued with foreboding intensity, while echoic vocals and infectiously gritty guitars build into a hypnotic climax. The track is accompanied by a lysergic video, which sees ancient Egyptian imagery swirl amidst a mysterious and obscure narrative.

Not keen on taking a breath, they quickly followed up with “Alka-Seltzer” which made an instant impact with a premiere on National Radio from Chris Hawkins on BBC 6Music and John Kennedy on Radio X.