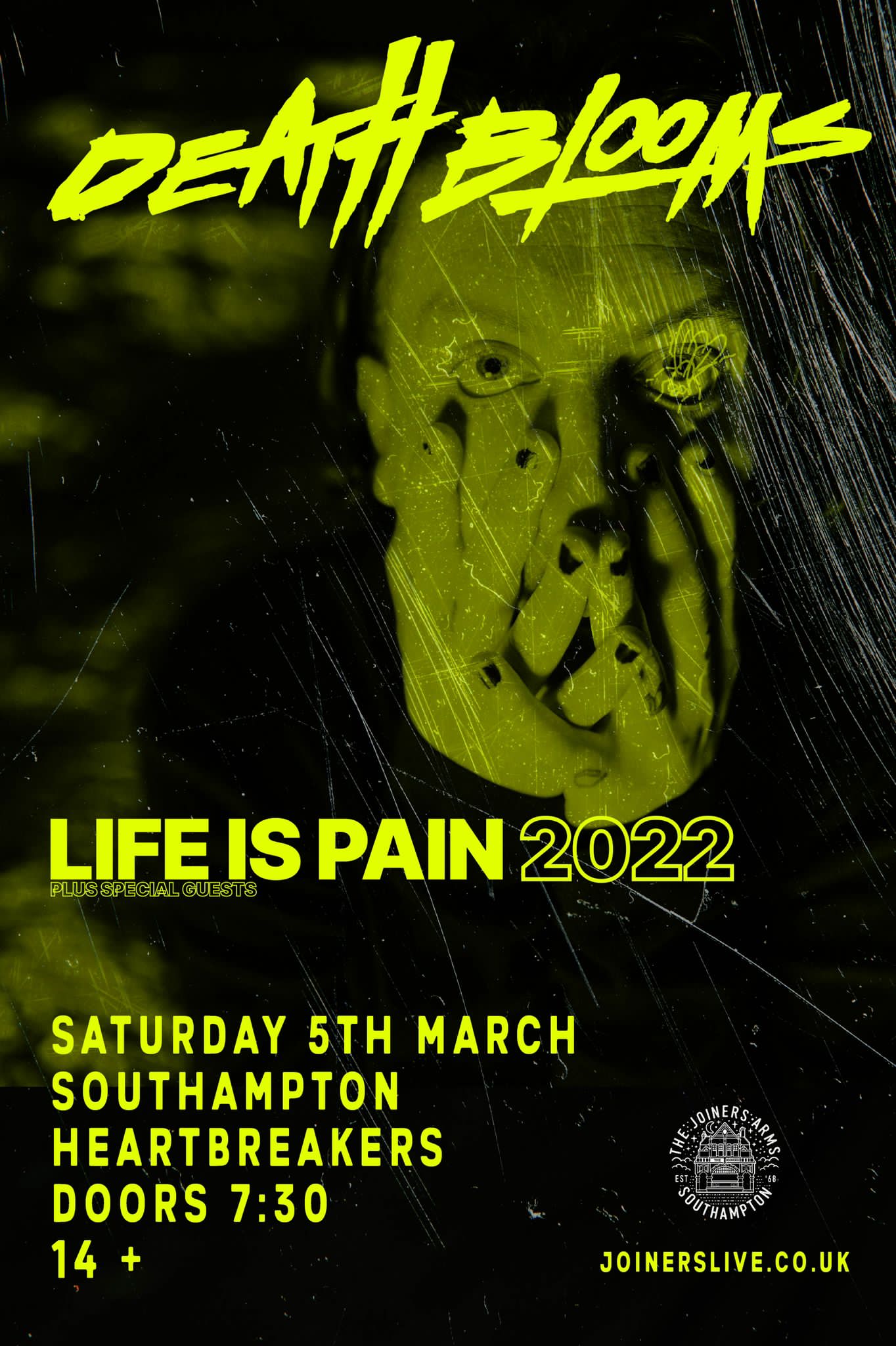 Leading the next generation of the heaviest bands of Britain’s counter culture, gloomsters Death Blooms have burst onto the scene with an accessible mix of nu metal and pure hatred on their debut album, cheerfully titled ‘Life is Pain’ (they are from Liverpool after all). Having already been bestowed with the honour of opening the Download Pilot, being the very first band to get to perform on the hallowed grounds in over two years, the four piece manage to capture the ferocity of their acclaimed live performances in a succinct and positively brutal record.