“We suffered from real cabin fever the last lockdown, and it all came to a head on a day that coincided with us accidentally watching a few old videos of us playing,” recalls bassist Oli Shasha, “and at the same time we all had this dreadful reaction of, what have we become?!” “At The Great Escape the first year, we played the James Bond theme and the Pink Panther theme. One time, George said he was gonna go order a drink while we were playing. And we were wearing kimonos,” elaborates guitarist Harry Southerton. “We had our hat period as well - Jay Kay from Jamiroquai sort of hats, fishing hats, leopard print furry bucket hats…” mustachioed singer George Haverson chuckles as guitarist Callum Parker shakes his head: “I think at the time we genuinely thought it was cool. But that was just cos we were fucking stupid.”

If the band were the class clowns of the UK’s new guitar music scene back in those days, however, they weren’t entirely to blame. Fresh out of uni, FEET had been snapped up by the prestigious management company who worked with Foals and Metallica, so they “just went with it” (the two have since parted ways); thrust into recording their debut album, they began work on it mere weeks after drummer Ben Firth had joined the band, and were still scrabbling together material for its second half whilst the first was being recorded. The fact that what came out - 2019’s ‘What’s Inside Is More Than Just Ham’ (a title they all groan over now) - still burst with earwormy hooks and moments of wonky, idiosyncratic excitement seems testament to the obvious talent that lay beneath the tomfoolery all along. The record gained them support from the likes of NME, DIY and Radio One, alongside support tours with Declan McKenna and backing from ex-Maccabee Felix White’s Yala! Records. For a group that could have been perceived as winging it, they winged it pretty well.

“To be honest, I don’t know if it was even something we were actively playing into, I think that’s just who we were at the time - stupid students who thought everything was going to fall into place,” shrugs George. “And it nearly did!” “There was nothing fake about it, that was just what was going on,” Harry agrees. “It took a pandemic for a reality check.”

Having moved in together to their North London flat back in September 2019, the five friends were no strangers to spending large amounts of time with each other. However, living “like a hive mind” for the past year has level-upped their kinship - both as people and artists - several times over. “I think the reason why we’re all on the same page now is because we’re more comfortable with each other,” George explains. “We’ve lived together under such tight restrictions for so long, and we share bedrooms with each other, so we’ve got past the threshold of being able to tell each other exactly what we think.”

Spending endless days making music, FEET’s journey since that debut has been a rollercoaster - one with a definite U-turn. An initial batch of songs ended up being entirely scrapped after a sobering practice room realisation that, far from sounding like a cohesive second record, “one song sounded like a covers pub band, and another sounded like Eminem could throw some bars over it,” notes Callum.

And so, they sat down to write a manifesto: one that would tame their overflowing pot of ideas and put some necessary parameters around what they were doing. “No wanky guitar solos, no sailor outfits, no bringing a broom onstage,” jokes George. All fair points. But as well as that, the band started digging into what they actually wanted to sound like, setting up their home studio and taking a bigger interest in production and the atmosphere of the tracks, trying to hit the cross-section of pop music and something a little darker that they’ve always loitered around.

Incoming comeback single ‘Peace & Quiet’ - a boisterous barrage of ramshackle guitars and sly lyrical digs that maintains the playfulness but streamlines it into something more direct, targeted - plants a
flag in the ground for FEET mk. II. “We’re not a post punk band, we don’t sound like a ‘London band’ whatever that is, but the indie reference in our shared hive mind is related to a major label, squeaky clean sound which isn’t what we want from our band,” explains George. “You either go the mainstream route or the sleazy South London route and we’re slap bang in the middle, so we’re trying to state our spot. We’re pretty comfortable where we are and this is the direction we wanna take it in.”

Their latest EP Walking Machine takes these ideas and moulds them into four tracks that show a band still more than willing to throw in a liberal smattering of humour at the right moment, but who aren’t relying just on japes to get them through. They’ve still got a classically FEET name for their new direction, Crease Pop, but even that’s got some logic to it. “It’s taking the pop music formula - hooky choruses, nothing too self-indulgent - but it’s still got a bit of edge,” says George. “Indie music, there’s an element where it can get quite soft and it’s quite easy to go through that phase where you think you sound like The Beach Boys, but we’ve come off the end of that where we want to be a bit grittier.”

Having beamed fans into their living room over lockdown with a series of livestreams imbued with more genuine live show energy than most, the tight-knit camaraderie the band have honed over the past year is there for all to see. Far from the group of novices they first emerged as, now FEET are a proper unit, one who still constantly piss about in conversation but who vocally have ambitions to make their mark as musicians now too.

“Playing in big arenas is everyone’s dirty dream, and we can literally see Alexandra Palace from our window so it can’t not be, but we’re not willing to sell our souls to get there,” Harry says. “For me there’s something about being comfortable among our peers, making music that can stand next to other people and be proud,” George nods, as Callum summarises the journey of the last 18 months: “We wanna be on the inside looking out rather than on the outside bursting in.”

CLEOPATRICK AT THE LOFT

Listening to the story of Canadian duo cleopatrick is a bit like hearing the plot of the best, most righteously validating coming-of-age film never ma...
Book Now

Formed in the archetypal English town of Tunbridge Wells, Lady Bird’s shared desire to spread lofty ideas has led to them creating some of the m...
Book Now 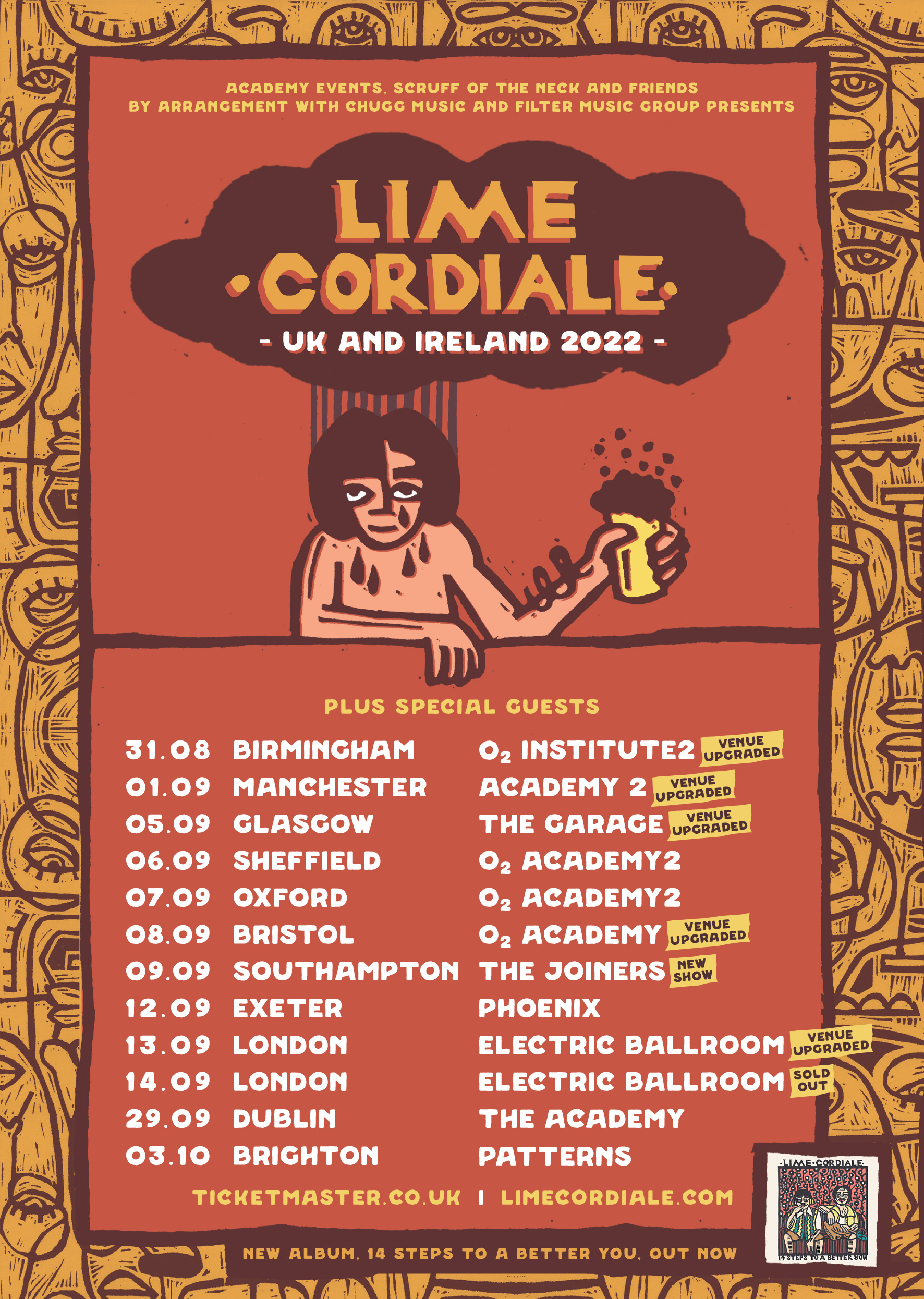 It was while playing a gig in Vienna, Austria that Oli and Louis Leimbach, better known as Lime Cordiale, made eye contact and exchanged the same thou...
Book Now