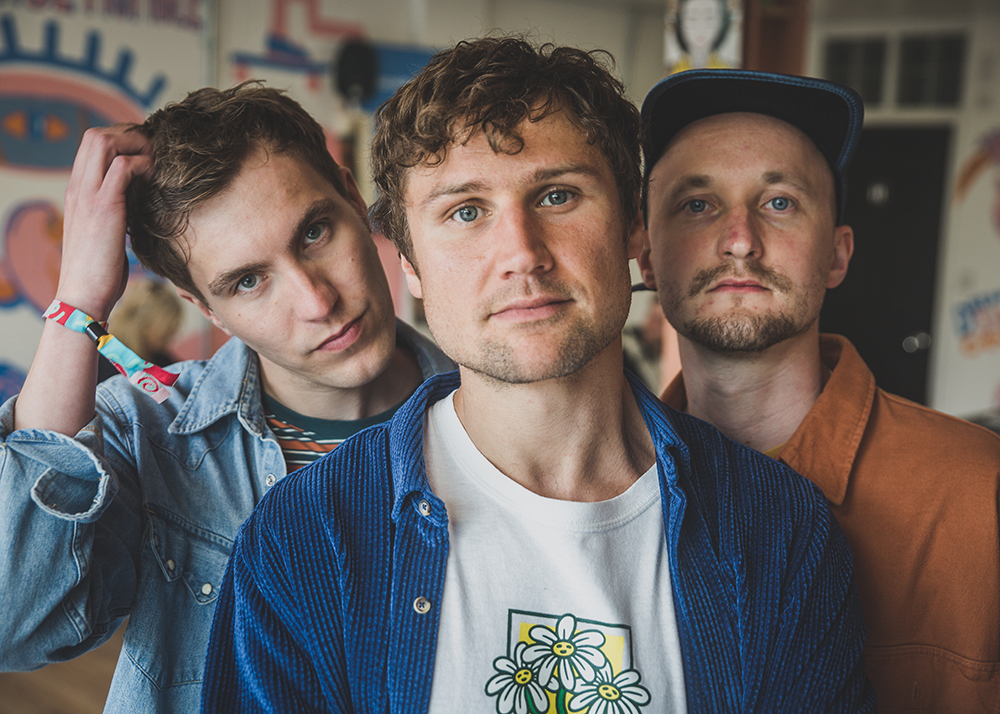 Energetic retro-pop three piece Pattern Pusher are on a mission to uplift and inspire with feel-good music that is hitting all the right notes in a world crying out for positivity.

Fronted by Alex Johnstone on the keys, whose soaring soulful vocals are evocative of Donny Hathaway and Ray Charles, Benny G gives his wild energy to the bass and Benny C’s grooving drum rhythms underpin an unconventional line up with a classic sound. Their crusade of happiness has earned them a loyal fan base, accolades from BBC Radio 6, continued support from BBC Introducing, and a string of festival shows.

Prior to the UK’s initial lockdown, Pattern Pusher had just won the Glastonbury Pilton competition (judged by Michael Eavis), played in front of 8,000 people, supported Wolf Alice and completed an epic festival season playing the main stages at Bearded Theory and Beautiful Days. This Summer they perform at Boardmasters, Rock Oyster and Find The Light Festivals.

Their current single (June 21) Find the Light comes hot on the heels of Come Along which was released to critical acclaim this Spring ahead of their forthcoming album due later this year. The perfect accompaniment to Summer, Find The Light urges us to seek out happiness and hold on for brighter days to come. Pattern Pusher worked with producer John Waddell in Oxford for the inspiring new track which was mixed by the legendary Chris Sheldon (Foo Fighters, Biffy Clyro). Frontman Alex explains,

“This was written at a time when I was feeling down and I couldn’t find the inspiration to write a song, then the words ‘Find the Light’ came to me and the song materialised. I hope that it resonates with anyone who feels stuck in their head and gives them hope to keep going. This is particularly poignant for me right now as I have just lost my father who was my biggest hero and musical mentor and I know he would want me to pick myself up and keep positive.”

It is doubly fitting that Pattern Pusher have timed the release of Find the Light to coincide with “Freedom Day” in the UK on 19th July. Over 12 months of lockdown and uncertainty has inevitably taken its toll on so many but this uplifting track urges people to hang tight just a little bit longer in their pursuit for positive mental health as we draw close to the light at the end of such a relentless period.

With no choice but to lock themselves away in the studio during lockdown, the band have emerged in 2021 armed with their impressive debut album, a collaboration of their musical prowess and a nod to the classic artists they so admire. Inspired by the vintage approach of 60s and 70s classic songwriting, Pattern Pusher draw influence from the likes of The Rolling Stones, Jamiroquai and Primal Scream with a bright and new energy.