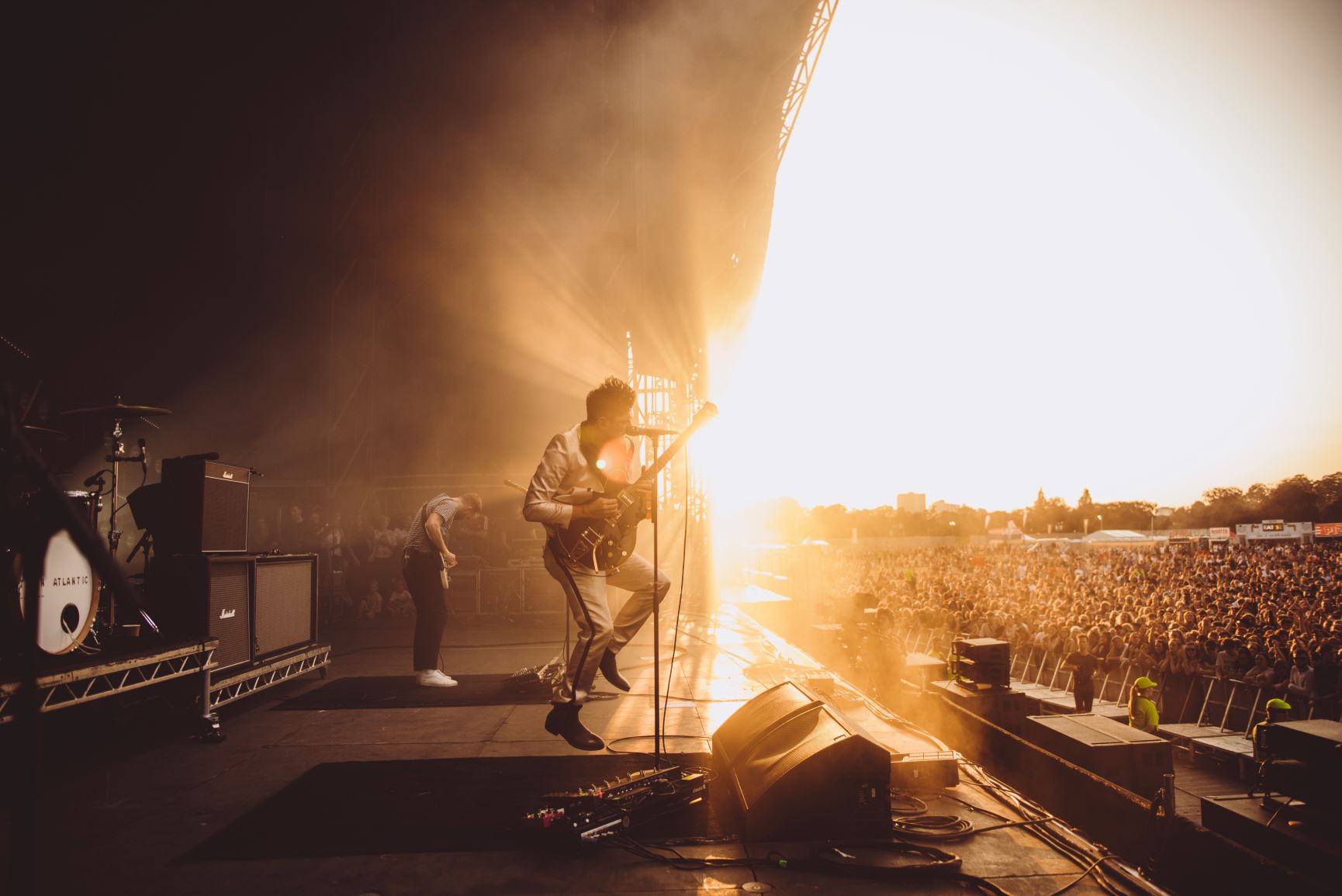 Buy a ticket to this show and bring a friend for free! We’ve all missed music and mates over the last year. Now is the time to #ComeTogether to #ReviveLive music.

The free ticket holder must just need to demonstrate you're a National Lottery player by showing either a physical ticket or one on the app at the door. This could be a weekly draw ticket or a scratch card and they must be over 18 to purchase and hold a National Lottery product. The original ticket holder must adhere to the age restrictions of the venue.

Twin Atlantic are a 3-piece alternative rock band from Glasgow, currently celebrating the release of their scorching, charged-up fourth album, POWER. Taking charge of production, andcreating an album they really wanted to make. Their one guiding thought as to how the new album POWER should sound, was "how on the edge of thrilling can we make this?" The new album follows the success of previous albums 'GLA' and 'Great Divide', both reaching Top 10 in the album charts.

When writing POWER, it felt like a blueprint for where they wanted to go: a place that was “dark and euphoric at the same time”. They wanted to dig back into the music they loved in their teens: less straight-up guitar rock, more Depeche Mode, much like the tunes spun at seminal Glasgow techno club Optimo. At Jacknife Lee's urging (U2, Snow Patrol, Two Door Cinema Club), the band built their own studio in the unfussy space they have owned for the best part of a decade, transforming the dusty factory-turned-business centre in an unloved corner of Glasgow, into somewhere they could create the magic that is POWER. Eight punchy tracks and two compelling interludes. No fat, no fuss, all fire, made by a band plugging in, turning it up and taking charge. "This album: it’s just really free, and we’re really free. There was no premeditation. It’s just a fully creative entity, with no limitations. And we stayed true to that idea right till the very end."