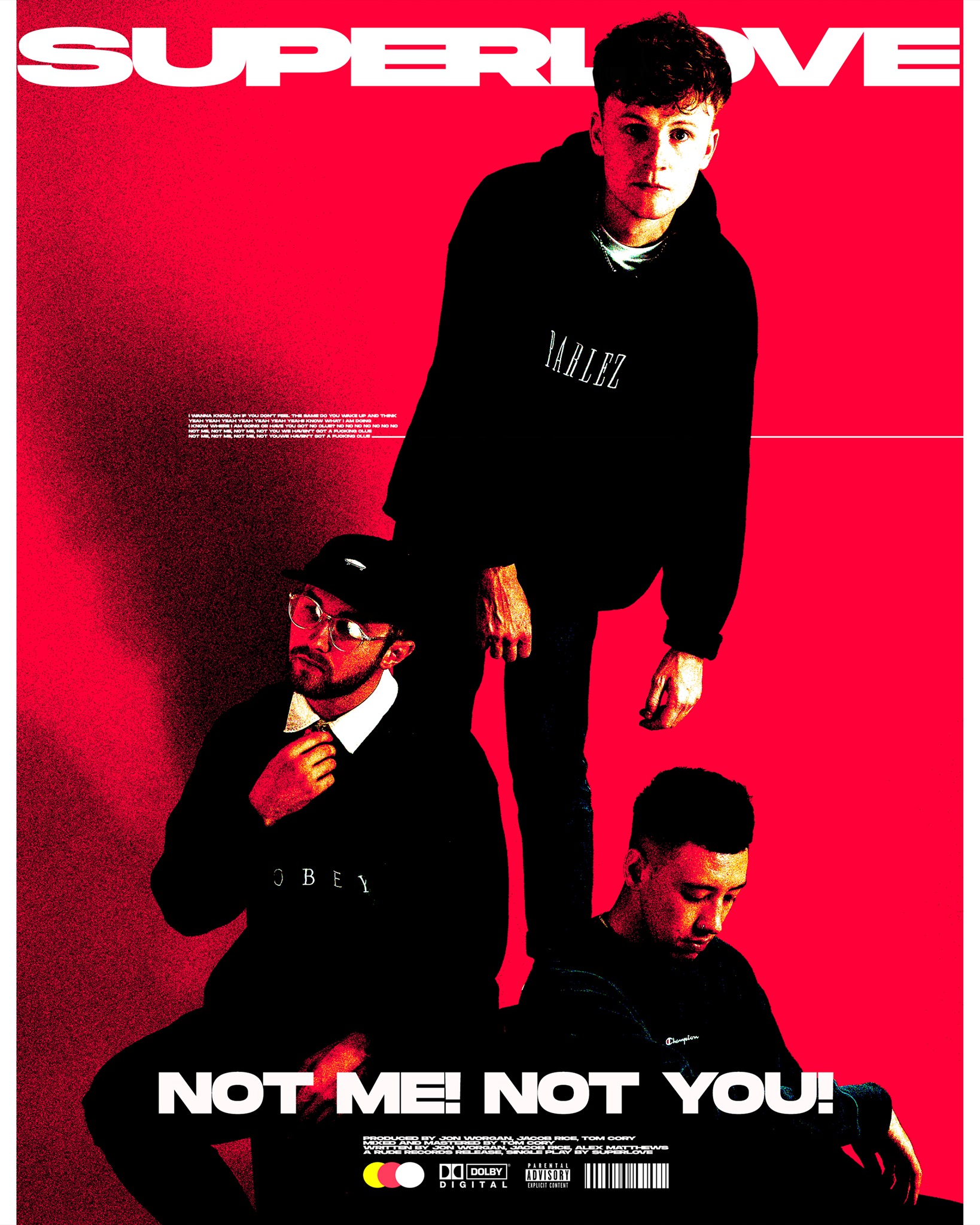 Bristols Superlove have today released a standalone, raucous track "Not Me! Not You!".  The track, which follows their recently released brand new self-titled EP also comes in support of Rude Records 20th Anniversary.

"This single represents a pure burst of energy that we wanted to release having been sat around for most of the year." says singer Jacob.  "It’s a song about people not having a clue what’s going on in the world. It’s a step away from our last few singles from our recent EP & it just felt right to throw it out into the world and watch the reaction seeing as though we can’t go and play some live shows off the back of the EP’s release. We recorded it in the first week of the UK’s 2nd lockdown and it’s been the quickest turnaround for a release yet, we are so excited of the prospect of hopefully playing it live one day to a proper rowdy room."