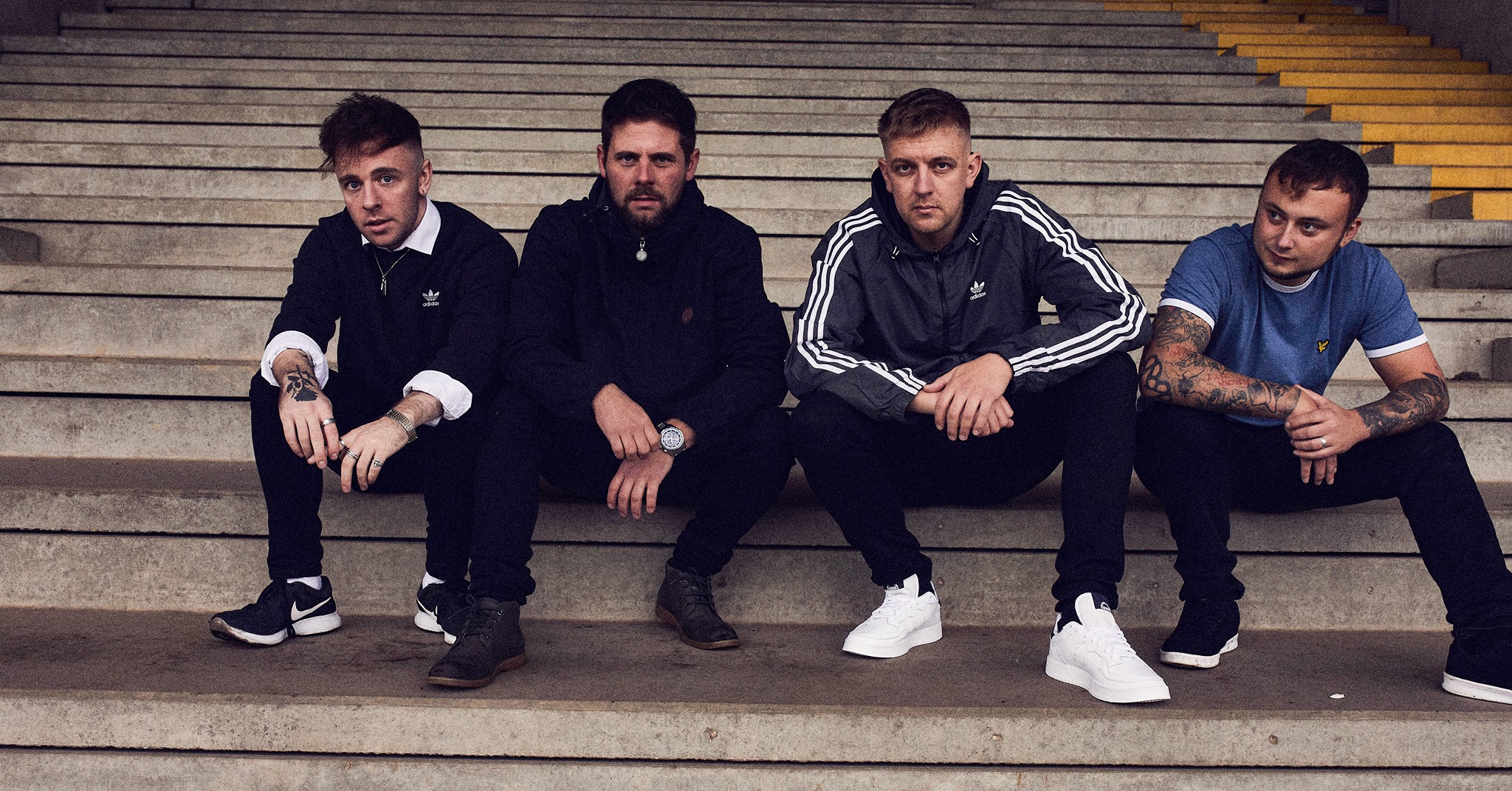 Harbouring the clatter, clamour and camaraderie of a night out fuelled by cheap vodka Red Bulls and questionable decision making, South Yorkshire four-piece The Reytons need little introduction – you’ll hear them coming a mile off.

Armed with little more than their instruments and inherent ability to tap in to their burgeoning fanbase, causing a zealot-like devotion in their fans, the band’s rise from “kids off the estate” to homegrown hero status has been nothing short of meteoric; a trio of sell-out Sheffield shows in the last 2 years cementing their reputation instantly.

If the last of which – a rowdy affair at legendary venue The Leadmill which saw 900 reyt ‘uns sweat, stagger and circle pit their way through a set of blue-collar bangers – is likely to go down in history, then their next hometown appearance is likely to elevate the band’s reputation even further, as 2,100 fans will descend on Sheffield’s O2 Academy for their biggest, most raucous headline to date.

With the same cheeky everyman charm as fellow Sheffielders the Arctic Monkeys, before they could afford cocaine, it’s not surprising the band are on a rapid ascent to the top of their game. It’s not just South Yorkshire in which Reytons fever has well and truly taken hold. Having successfully sold out the entirety of their debut tour, it’s clear that word has spread beyond the confines of the Steel City; the band’s infectious brand of indie rock and burgeoning reputation proceeding them wherever they go.

And it’s not just on the UK’s stages in which the buzz is getting louder, however. Having notched up over half a million Spotify streams across their three EPs, Alcopops & Charity Shops (2018), Kids Off The Estate (2017), and It Was All So Monotonous (2017), the band’s prolific run of releases shows no sign of slowing down, as forthcoming single ‘Wide Eyes and Halos’ picks up where last year’s ‘Canine’ left off, its clattering drums and careering guitars slotting in effortlessly within the Reytons’ canon.

Armed with little more than an array of heavy-hitting singles and their own integrity, The Reytons are very much a band on the cusp of a breakthrough. A mouthpiece for the disenfranchised as uncompromising as they are uplifting, it seems that for lads from South Yorkshire are putting Sheffield back on the UK’s musical map.