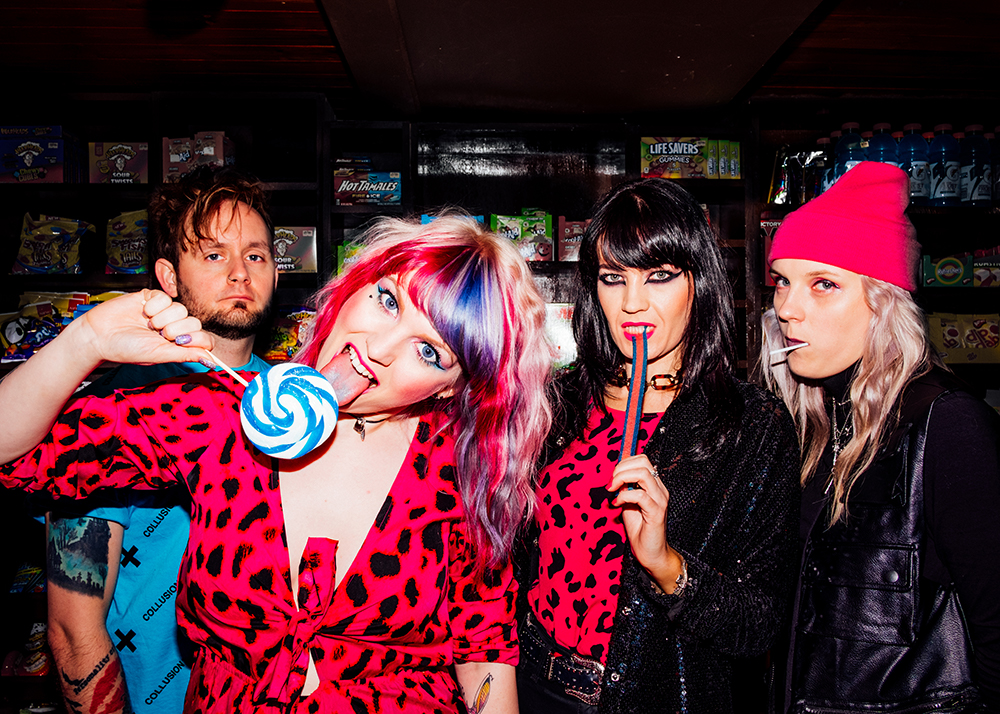 Having exploded onto the scene in 2017, Salvation Jayne have carved themselves a reputation for their white-hot, hook-laden explosive fuzzy riffs and glossy dream pop undertones.

The bands single ‘Cortez’ received support from the likes of BBC Introducing, Kerrang Radio, Amazing Radio and dozens more stations in the UK and abroad. Included in a 6-track EP ‘Cortez’ received a 10/10 half page feature in Powerplay Magazine and was featured on Metal Hammer’s cover mount CD.

After relentlessly touring around the UK in 2017/18, Salvation Jayne have started the year with several sold out headlining shows, adding to their vast number of past support slots with bands including Milk Teeth, St Agnes and Rews. More live dates are being announced regularly.

Now in 2019, SJ have a rapidly growing fanbase, a management contract under their belts and a brand new 6 track EP that perfectly captures the elements of the band that fans (including Planet Rock Radio, Metal Hammer and Totalrock) are so excited about.

Catch Salvation Jayne at one of their live dates and see a band who encompass the huge desert style riffs of QOTSA, with Pvris’s electronica pop hooks – all combining with Chess Smith’s voice which is akin to the raw edge of ex-Estrons Tali Kallstrom and the soulful power of Yonaka’s Theresa Jarvis.

This is going to be an exciting year for Salvation Jayne!